In 2005, with the assistance of the Conservation Council of Hawai’i, we received a permit from the Na Ala Hele program to restore a section of the Mānoa Cliff Trail between its junctions with the Pu’u ‘Ōhi’a and Pauoa Flats Trails. The land is owned by the State of Hawai’i.

Our effort involves manually controlling alien weeds and replacing them with native plants.  We have good success such as:

A fence to keep out feral pigs was constructed in late 2009 by DLNR around 6 acres of the site. We have achieved great success with our work to date.

This decline has also been well documented:

For more detail, see information presented at the 2010 Hawaii Conservation Conference that provides an overview of our work HCC-conference-2010 (pdf 5mb)

Meet every Sunday at 9 AM. volunteer information 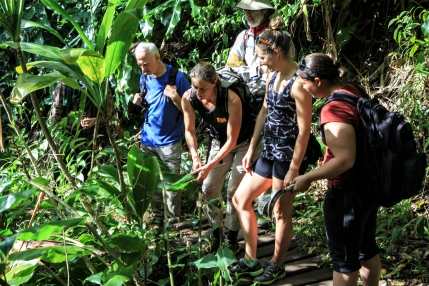 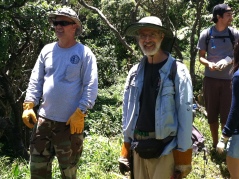